We finally did it. We removed Jameson’s mullet!

After a relatively short debate (we’re cheapo-s, and impatient), we opted to cut Jameson’s hair ourselves one Sunday night. We just up and did it. Or rather, Brian did. I’m not claiming this in any way as my skill. Can you tell? 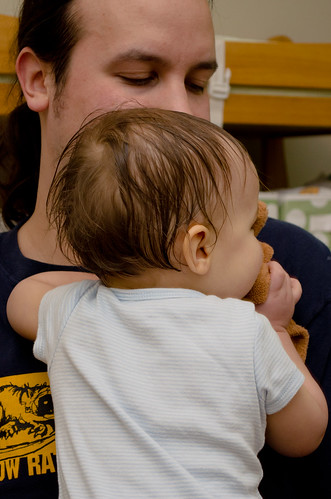 We just did the very back, not worrying about the sides or top yet. Jameson just learned how to walk: he doesn’t want to sit still for anything. So we figured, give him a few months before we go all-official and get him a real do. 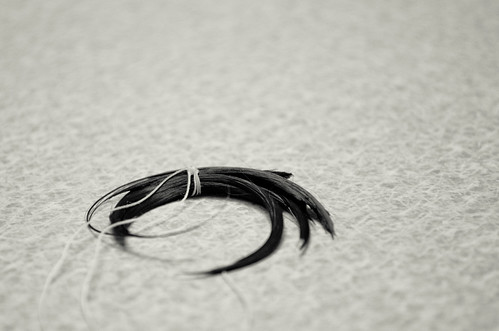 His hair looks so dark in a clump. I’m going to tape it into his baby book. 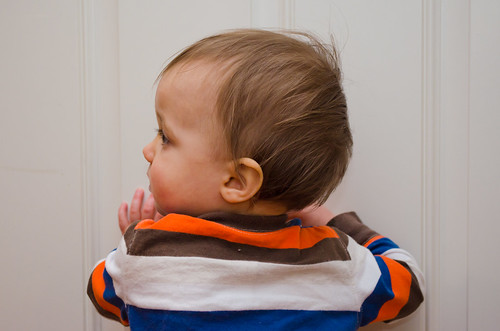 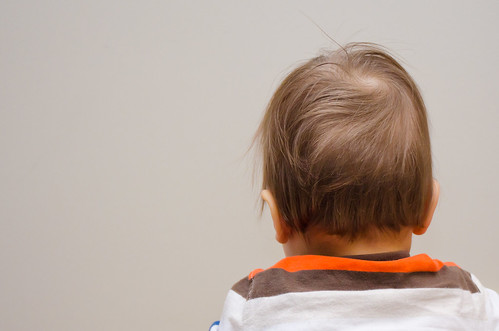 You may be asking yourself at this very moment if I am embarrassed by the choppy uneven hair cut, but the answer is no, not really. It’s just as uneven as it was before. Just more noticeable.

I’m far more embarrassed by how I left a rash on his shoulder, caused by an allergy to the nickel on onesie snaps, go for 2 months. I was managing it by putting Neosporin on periodically. TWO months of a raw, ugly dry looking patch on his shoulder that just wouldn’t heal.