I’m sure I’m not the first mom to think her child is the MOST HILARIOUS KID EVARR. But it’s true. Jameson’s ridiculous.

Wednesday night, Brian’s mom stopped by (she was too impatient to wait until the next day when she got to babysit while Brian and I went to see the financial advisor hehehe). Anyway, she brought with her a couple Christmas gifts from Jameson’s Great Uncle Chuck and Aunt Sue.

Jameson really had the hang of opening gifts, and he immediate tossed the shirt over his head and ran around the couch a dozen times, before finally placing it in his drum set. 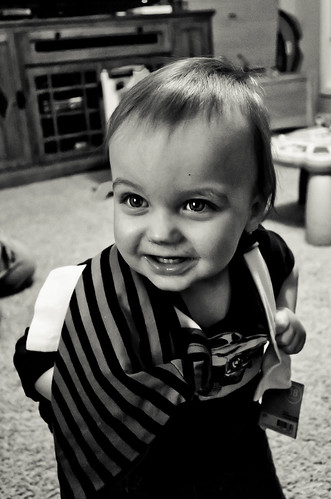 Following that, he decided that the pajamas were next, and completely covered his face with it, giggling. Too funny! 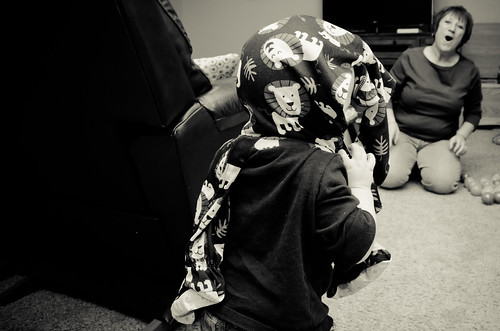 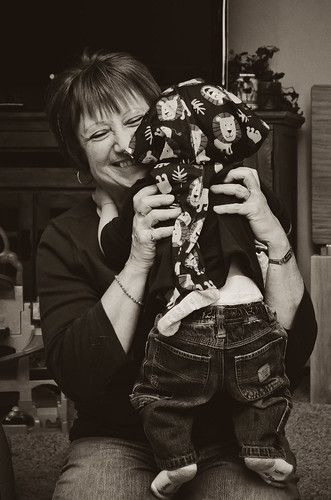 He then decided it was time to play chase and went around through the kitchen, squealing with Grandma behind him saying “I’m gonna get you!” 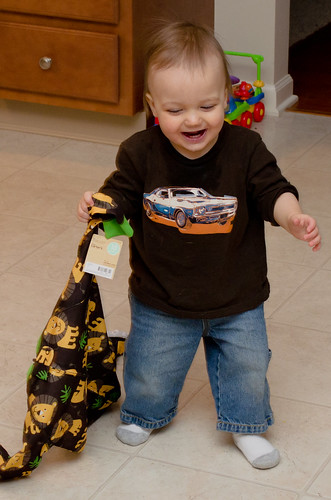 He always stops because he wants you to catch him. The other day he laughed so hard he fell, still laughing. He loves chase. And I love my little comedian.