As I mentioned a few weeks ago, Brian got a new job. Aside from dealing with a sick baby those first few weeks, we took the time to get together with our financial adviser to discuss 401Ks and the like last night. It’s not the most fun way to spend an evening, but I always walk away feeling like we’re doing the good, grown up thing.

Another super not fun grown up thing? 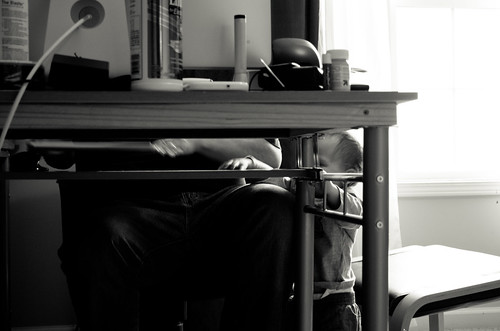 Brian is lucky enough to still do them himself, though that may change next year. I always hassle him to do them when Jameson and I are gone (like when we visited grandparents!) but who would want to do taxes on their free weekend? Certainly not me. Not that I do them. 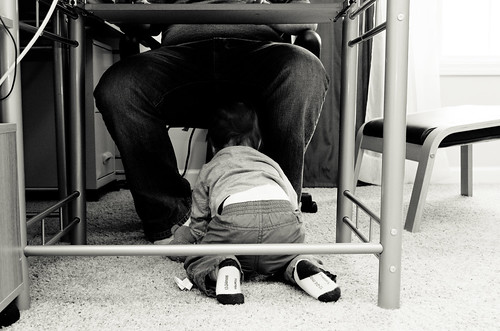 Sunday, Jameson was ill in the morning. By ill, I mean sick, all over me. Twice. It was stellar.

(That was sarcasm, in case you missed it)

He walked around shaking his head “no” at everything, at turns lying down on the ground, asking to be picked up, asking to be put down. He couldn’t get comfortable until, whoops, vomit all over mommy.

It was lucky we had two little bears so Jameson got his other little bear and I took the poor sick bear and my clothes to the laundry. On his second sick round an hour later, I rescued the spare little bear even though Jameson was really upset I took him away. 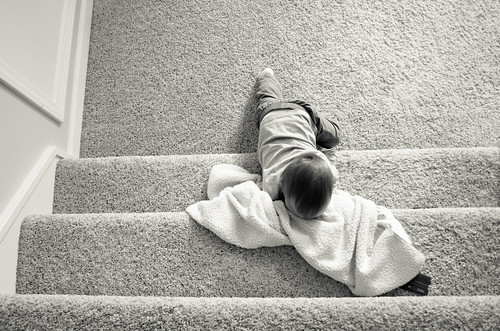 He’ll thank me later, for saving his other little bear.

Anyway, after a 45 minute nap, he woke up a little upset, but with a few sips a water (literally), he was back to himself. He didn’t nap at all the rest of the day, and spent it walking fast around the house, taking a couple walks outside in the stroller and wagon, and acting like the morning had never happened.

And what else do you do on a day like that but do taxes?

P.S. Jameson went to the doctor to get vaccines yesterday. He was not thrilled with the doctor this time at all, hugging my shoulder the entire time. It was the quickest visit we’ve ever had though, I didn’t even sit down! He is 20 pounds, 11 ounces, in the 10-25% percentile, and 30-3/4 inches long, in the 25-50% percentile.

Our Happy Fourth of July!