Tuesday night, Brian and his friend Jason went to a high school radio station reunion (isn’t that cute?). So Jason’s wife Lisa came over with Vivienne, and Jameson got to play with her.

Jameson and Vivienne weigh about the same (within a pound’s difference), but Jameson is twice Vivienne’s age (16 months vs 8 months). I love that these kind of extremes remind how different babies grow and learn, and that even if Jameson hasn’t mastered some things yet, he is on his own track. 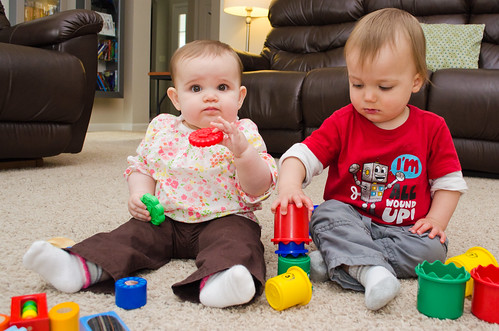 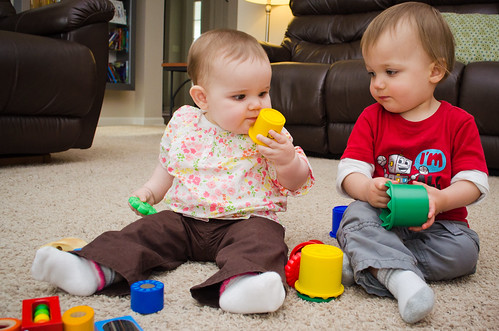 How fun is that?! I told Jameson to play with her and plopped him right down next to her, and he STAYED there! He stacked and she stole cups and they seemed to have fun together.

Jameson is typically a little maniac at home in the evenings, but when other people are over, he starts doing cute things like sitting in my lap, listening to what I tell him, and just being in a great mood. Yesterday I told him to give neighbor Lily a flower and he did. He did! 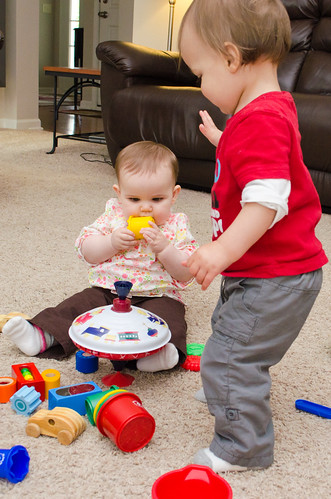 Maybe this is just a phase (after all, he did have trouble sharing his toys not too long ago), but right now, if I could have playmates over for Jameson every day, I would.

And Vivienne is just adorable. She is vocal and happy (even though Lisa claimed she would be cranky without a nap). She does this cute new thing with her lips, pursing them out little a little duckling or like she’s coming in for a kiss. But then she makes raspberries with them. haha! 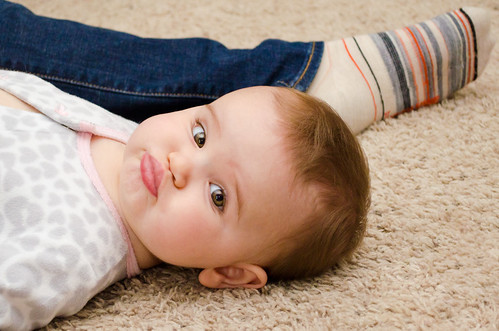 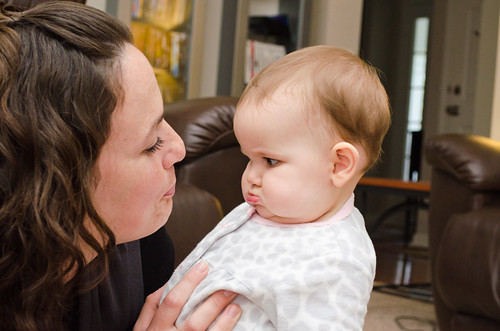 She is teething her very first bottom two teeth, so everything is going in the mouth. Although I was almost relieved to hear that Lisa said everything goes in her mouth anyway, because that’s how Jameson is.

Her and Jameson seem to be on a similar milestone track, though 8 months apart, so that was kind of nice for me to reminisce. 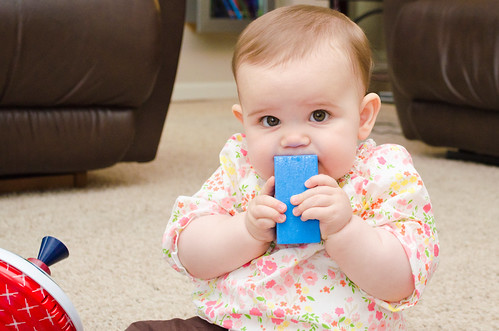 I can’t believe 8 months have already gone by. Time sure does fly. 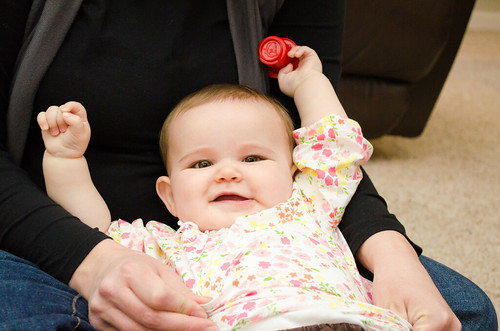