We’ve been able to make the most of our costumes again this year, between Halloween activities and our official city trick or treat getting delayed! First, we went trick or treating at a friend’s house on Saturday.

Because Brian had to work, I left Coraline (they easy one, for real. I never thought I’d say that about a baby, but Jameson’s a bit more work than her right now!) and I took Jameson by himself to our friend’s house. We were there not too long ago for their daughter’s birthday.

Jameson was pretty shy, but warmed up over the few hours we were there. First we did crafts with foam stickers and pumpkins. 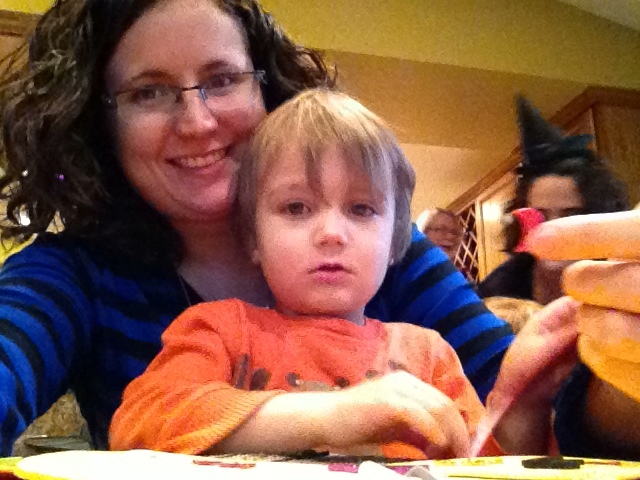 Then we ate and went out for trick or treating! Jameson didn’t want to say “trick or treat” bu the did get out a “thank you” a couple times. Milo was a hit in his Lightning McQueen costume. Jameson wanted to keep going for a while; he loved getting candy! I loved enjoying Jameson, by himself. We haven’t been able to do that much recently; it was a nice mother-son evening. He even stayed awake the whole car ride back. 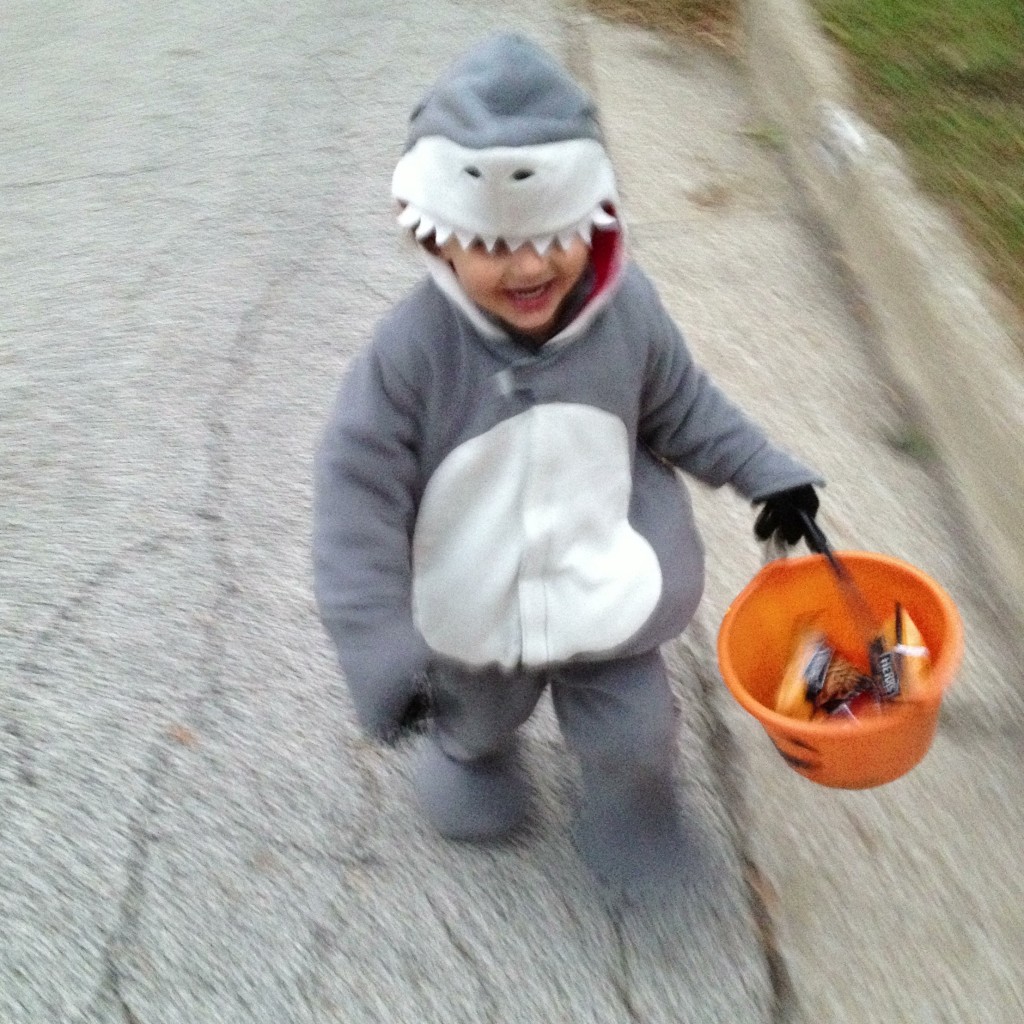 Then we went to Boo at the Zoo! This year we went to the Cleveland Zoo (last year, it was the smaller Akron Zoo). I think we like the Akron one better, since it’s smaller and more suited for little kids, but they didn’t really care.

At first, Jameson and Jonathan did not want to be in the wagon. Not even a little bit. Jameson had fallen asleep in the car and was still waking up. Coraline though as usual was just taking it all in. Jameson slowly woke up and started having fun. He captured a few photos before it got too dark. Lisa and Jason with their daughter Vivienne joined us too! Kids were hard to capture all together this year. They had some treat bags for the kids, and we even got to see a bear eating a pumpkin. The kids had a good time! Jameson also got to dress up at school for their Halloween party, and then again for our neighborhood event. All this before our regular neighborhood trick or treat!

Coraline wasn’t able to have a costume at school, but everyone did dress up for Halloween to get a cute photo!

Our neighborhood puts on an event with crafts and activities for kids. We went with the neighbors and grandma. Jameson enjoyed the crafts and games like ring toss and a bean bag toss. I think he really like the decorating a cookie best (filed away under good ideas for the future). With our $10 fee which helps support the event, we also got flashlights for the kids which were a hit. We also ran into Nathan, Jameson’s best friend from school. This photo was a little grainy, but I love the delight on their faces. Last year, we took pictures with our local Kiss look-alike, but this year he wasn’t dressed up. His yard was still pretty awesome though, so we still got a fun Halloween shot of the kids.