Saturday, we started Jameson’s first swimming lessons that he likely remembers, since his last ones were over a year ago. We stopped about a month before Coraline was born. He’s got a pretty great memory now, but I recall that being a time when he was just starting to really hold onto his memories.

So that morning we took him to a local high school which has a pool. We didn’t do a mommy-and-me style class. For his age group, they recommended he go by himself; Jameson did need some encouragement though. Maybe more than a little, since I had to end up lifting him into the water when he didn’t want to go all the way down the steps. 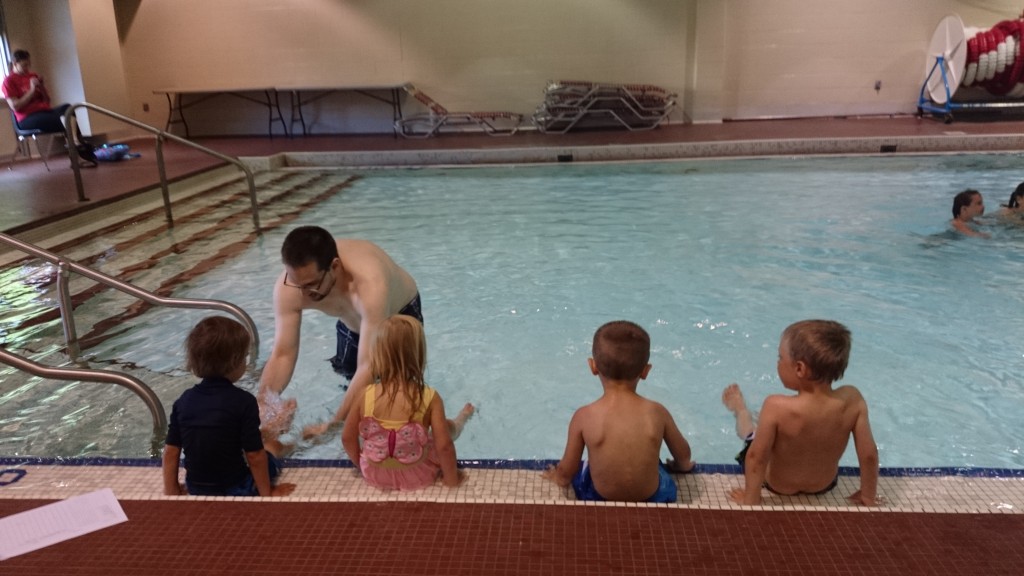 The pool was nice in that it was sized great for preschoolers who could actually stand in the water by themselves. It was generously warm as well, which I was thankful for. I remember very cold water on cooler outdoor mornings for my own swimming lessons. Jameson is a lucky kid!

He also showed quite a bit of hesitation before putting the floater under his arms, but again after a little encouragement from me on the other side, he did it! 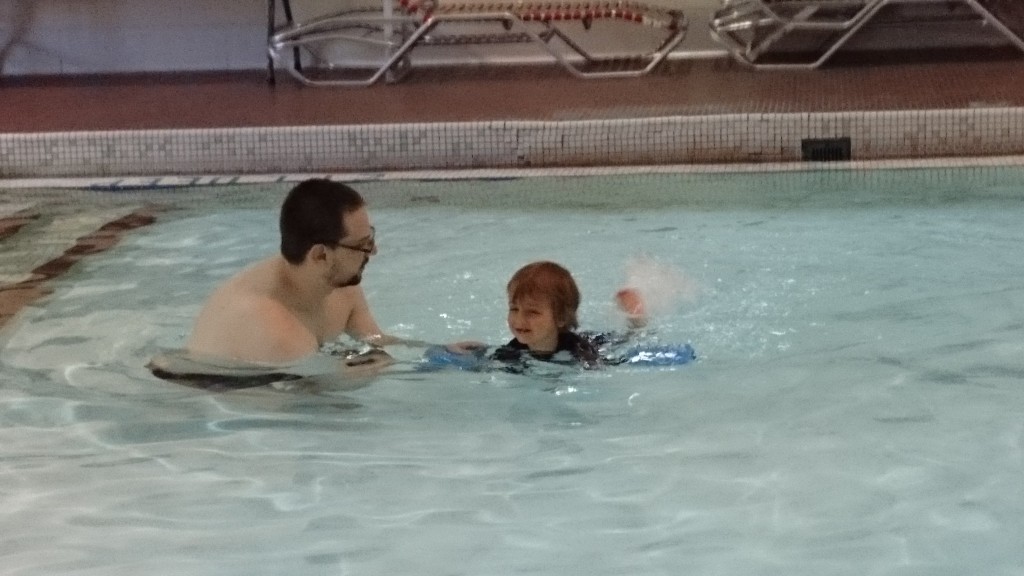 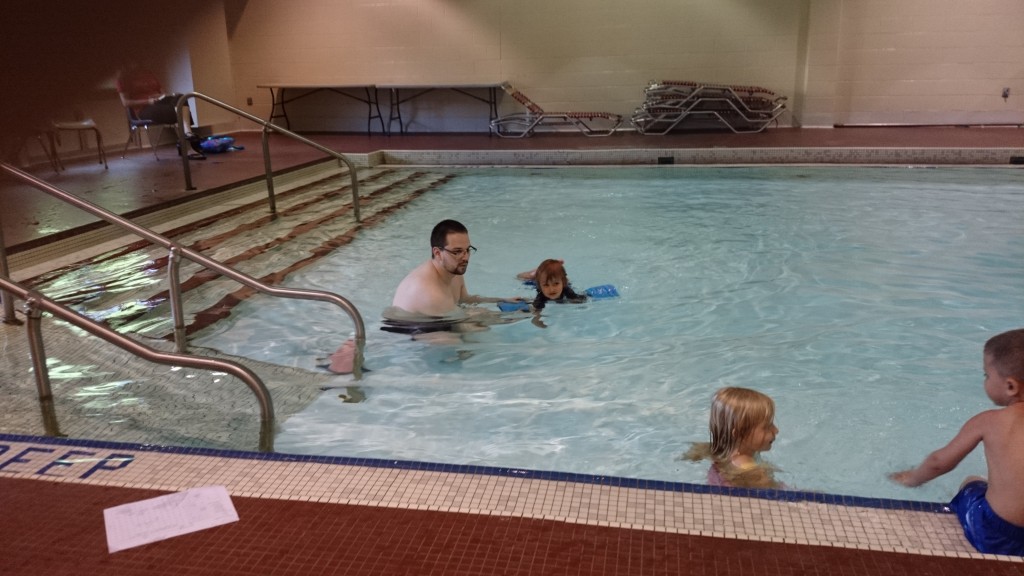 They even had time for some play, which I think was missing from our soccer experience (which by the end he did not want to participate in at all!). So I have high hopes that he will enjoy his swimming lessons and get more and more confident in the water. By the end of our first lesson, simply playing with a ball he dared himself to get back into the deeper water! 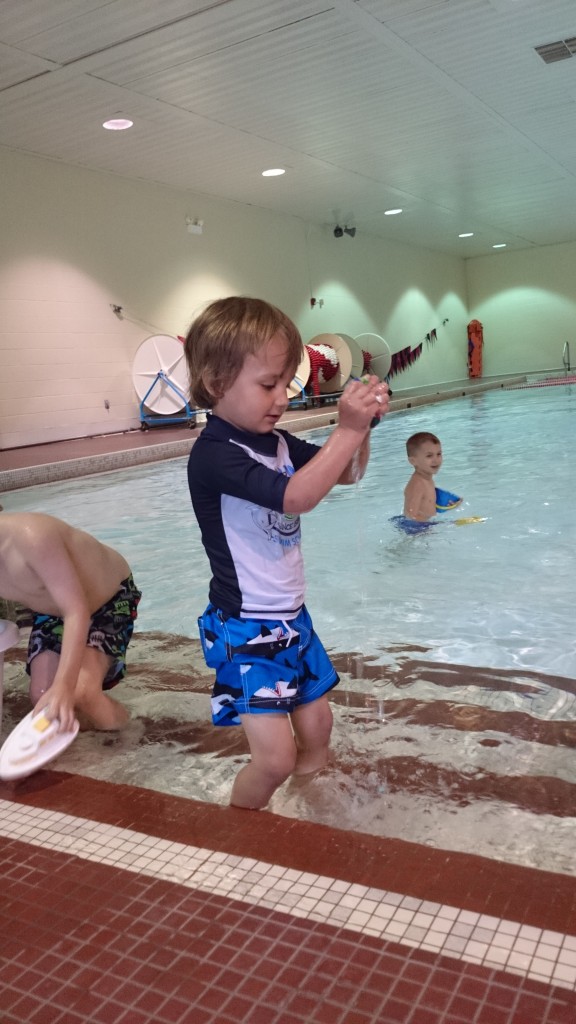 To reinforce the lesson that we need to learn to swim (and just to have fun!), we went to a waterpark later that afternoon with some friends.

Coraline loved it. She walked, holding onto my hands, to her chest height. No fear! When I had a hand under her belly, I even saw a couple kicks. I think she wanted to slide down the waterslide as well. She wasn’t quite tall enough for that! Jameson loved it though and did the slide over and over again. 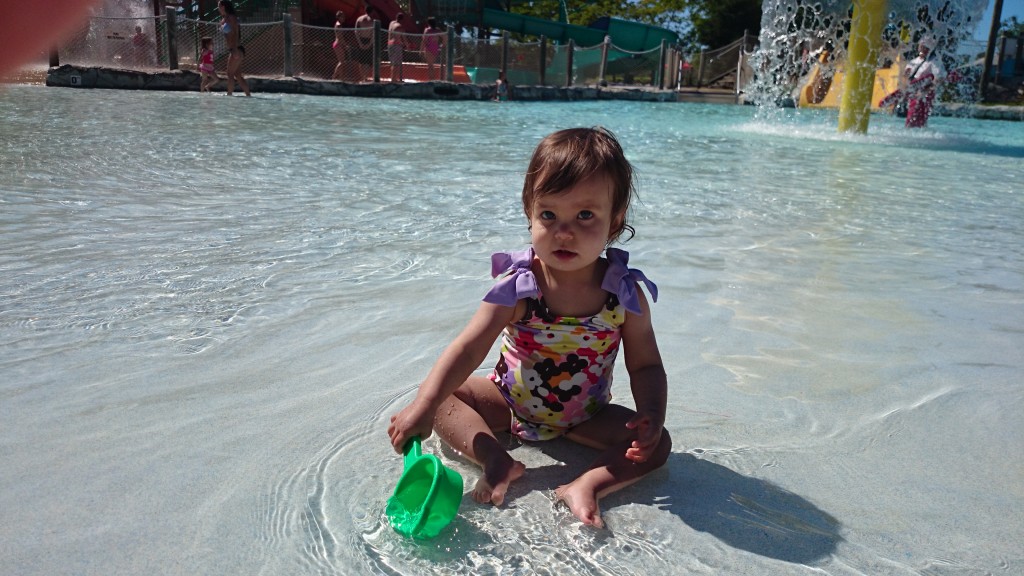 It was mildly chilly in and out of the water, but the water itself wasn’t too cold and the concrete really held the heat which meant we were comfortable and but not sweltering. The weather meant the crowd was very light, which we all loved. When Jameson got too cold, he laid down on the beach chairs covered in a towel eating snacks, haha! 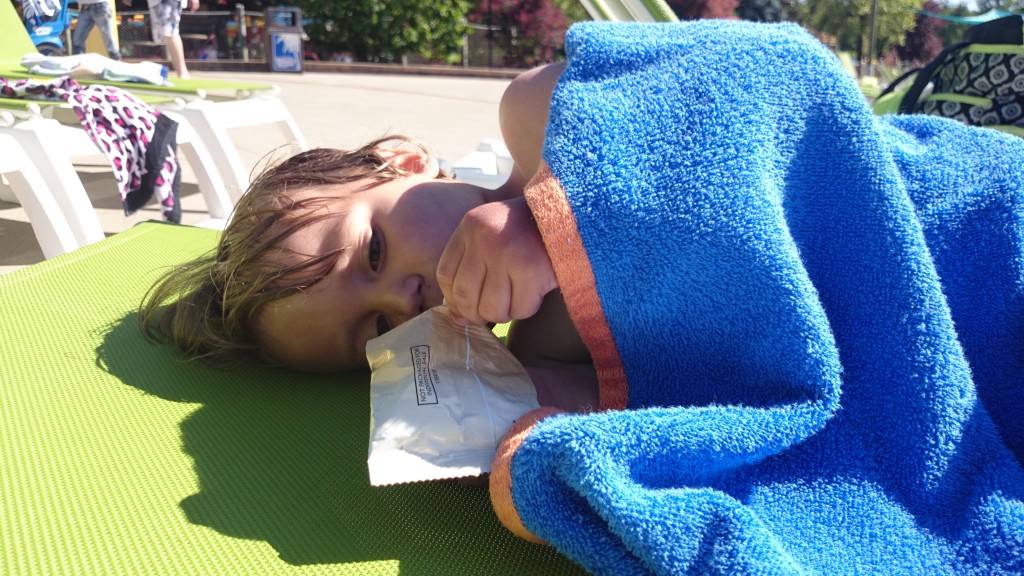 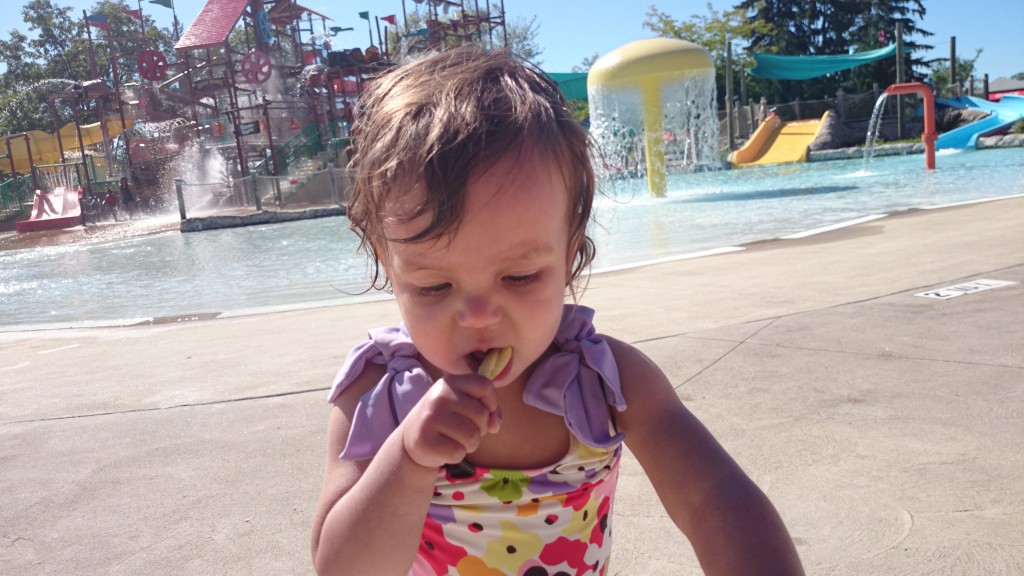 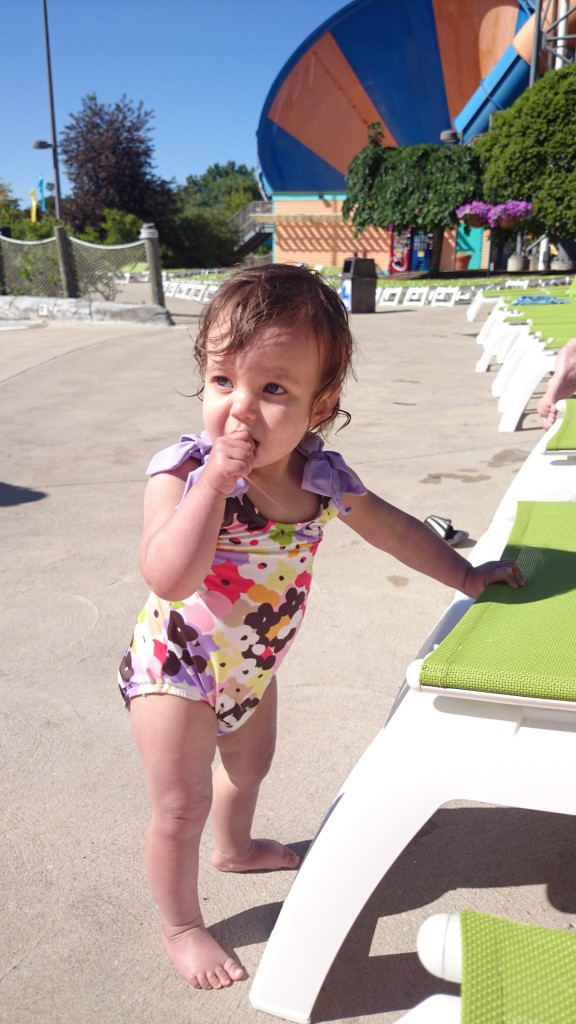 Coraline was not a big fan of the lazy river, mostly because of the life jacket squishing her little chin and cheeks up. She loved splashing and crawling on me. After several hours there, I still hadn’t really hear her fussing. She loved the poolside snacking (as did Jameson). I’m pretty sure the one time she cried at the end was because she was getting her swimsuit off, and she wanted to play more!

Brian and I had the opportunity to ride a few adult rides with our friend’s older girls, which was a blast. And we all visited the wave pool which water was very beach-like and warm. 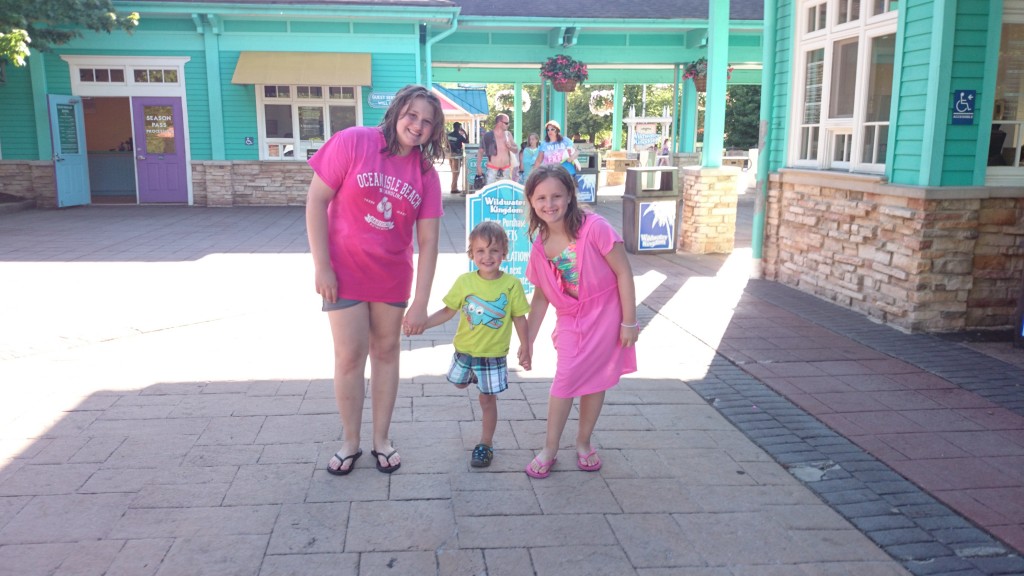 After the waterpark, some exhausted children continued to play and have fun late into the night. Particularly Jameson, who was up until 9:30! Coraline has reached the phase where you may not be able to tell she’s exhausted by looking at her. She’ll continue to play as long as you let her.

We enjoyed pizza on the grill with our friends before another homemade popsicle finale for the evening. A fun filled day!