On Tuesday, Coraline and I left Jameson with Meemaw and Grandpa. After lunch, they went to the Children’s Museum, where Grandpa got to be a big kid again himself. 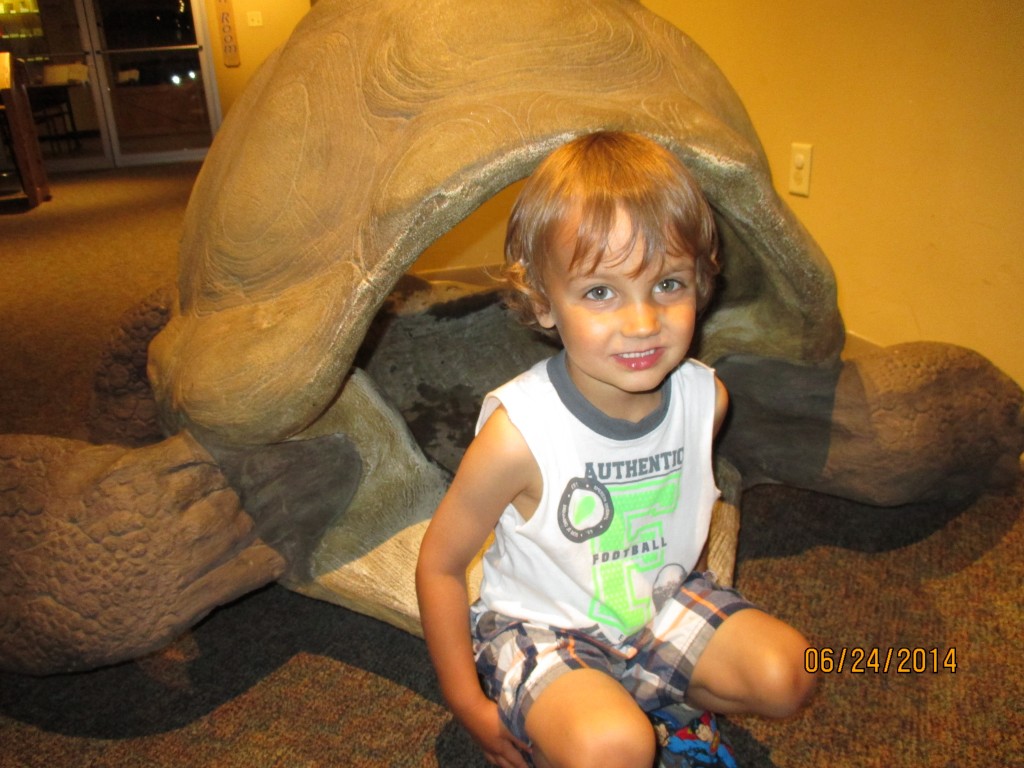 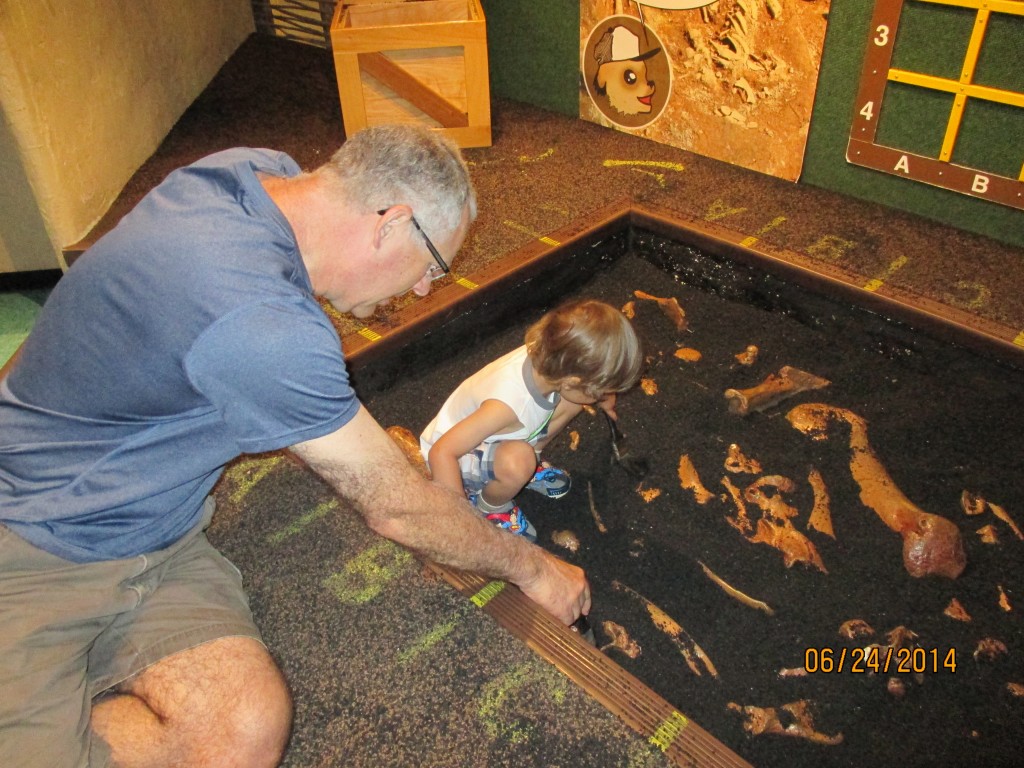 Wednesday, Jameson was up earlier! After walking the dogs and watching the neighbor’s yard getting cut, they went to see the airplanes at the Air Force Museum. Jameson has been there before; he’s all boy and loves seeing the airplanes. 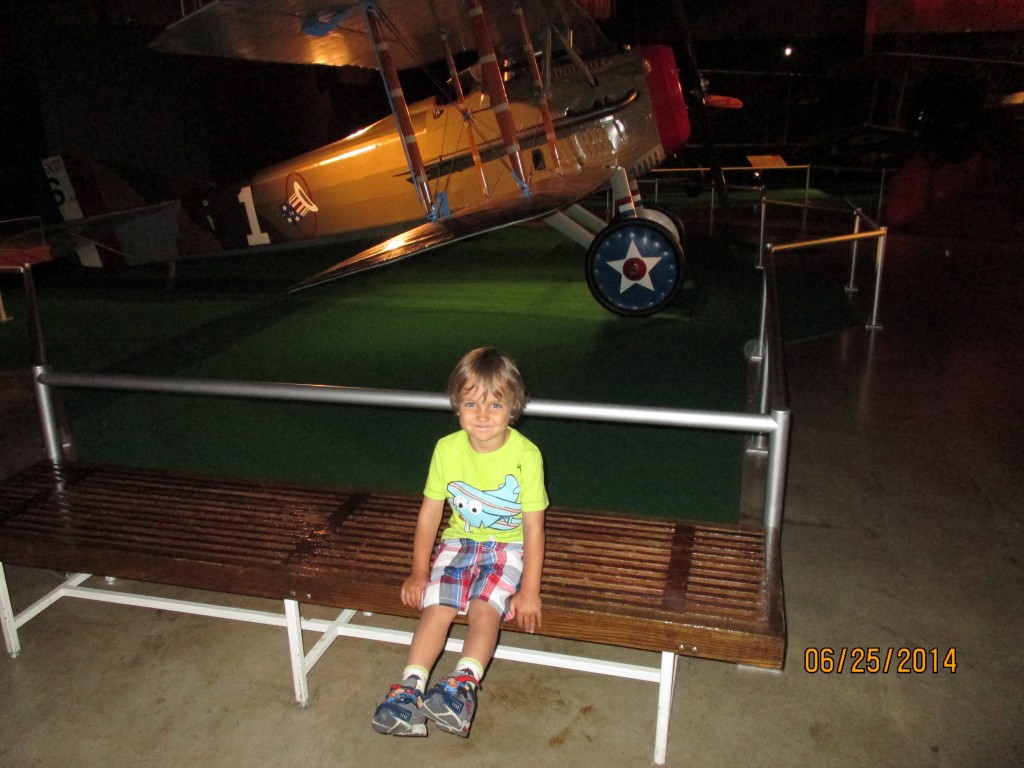 Thursday, they went to another park, but only for a short while since Jameson was exhausted. He was on the go the entire time he was there! 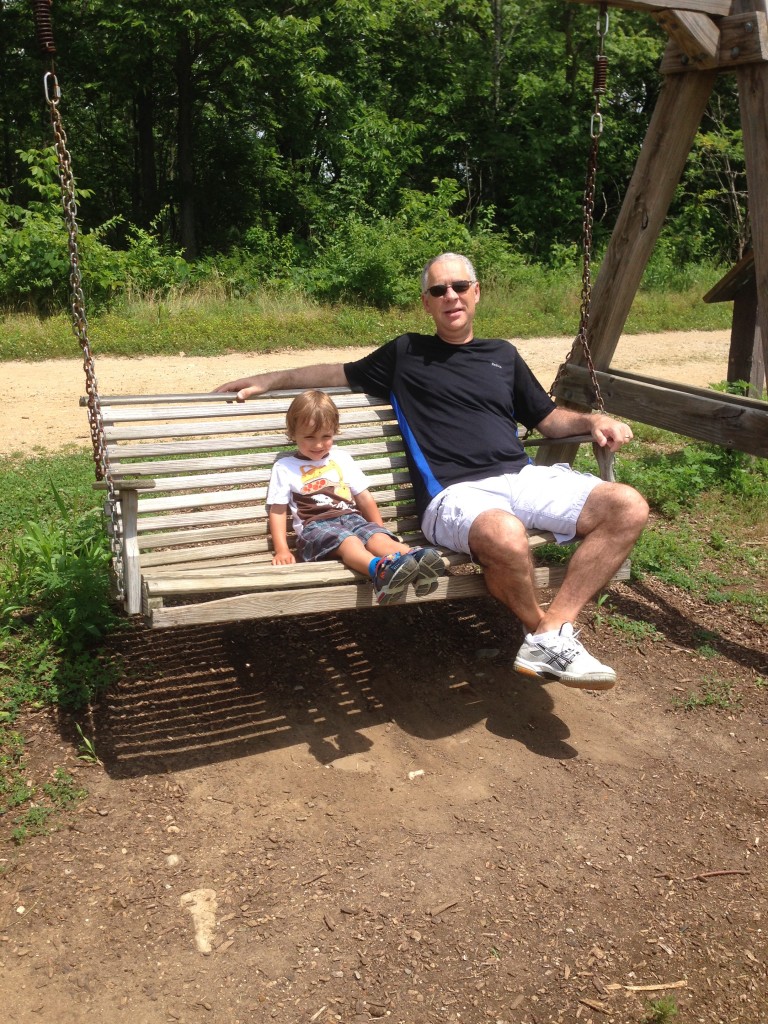 On Friday, his last day there, they went back to the splash park we went to with Marky. Mostly, Jameson just wanted to play on that playground there. In particular, he loves the rolling slide.

Jameson ran through the sprinkler, watered gardens, and took the dogs on a walk almost every day. We also got to speak with him each night on Facetime, though he got shier as the days went on and stopped talking as much. I think he was exhausted! 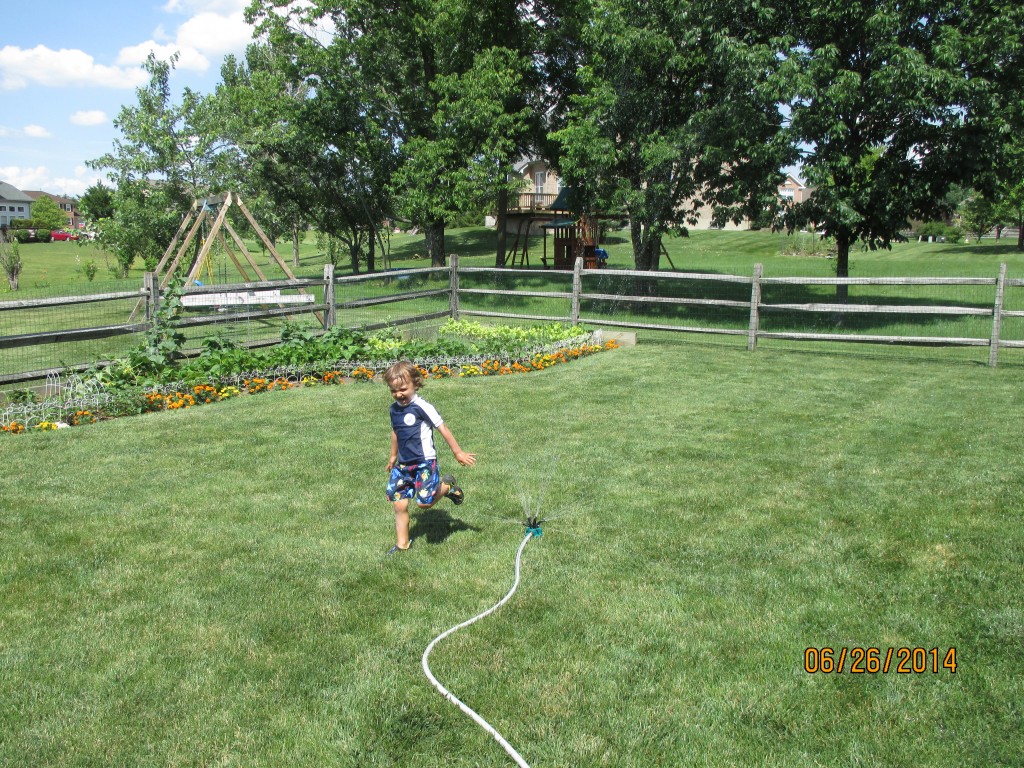 But the best part of every day was probably the squirt guns they bought. Everyday, there was a water fight! Jameson even got to bring them home, which was thrilling. Jameson stole Meemaw’s gun while she was taking photos and got Grandpa with two at once! 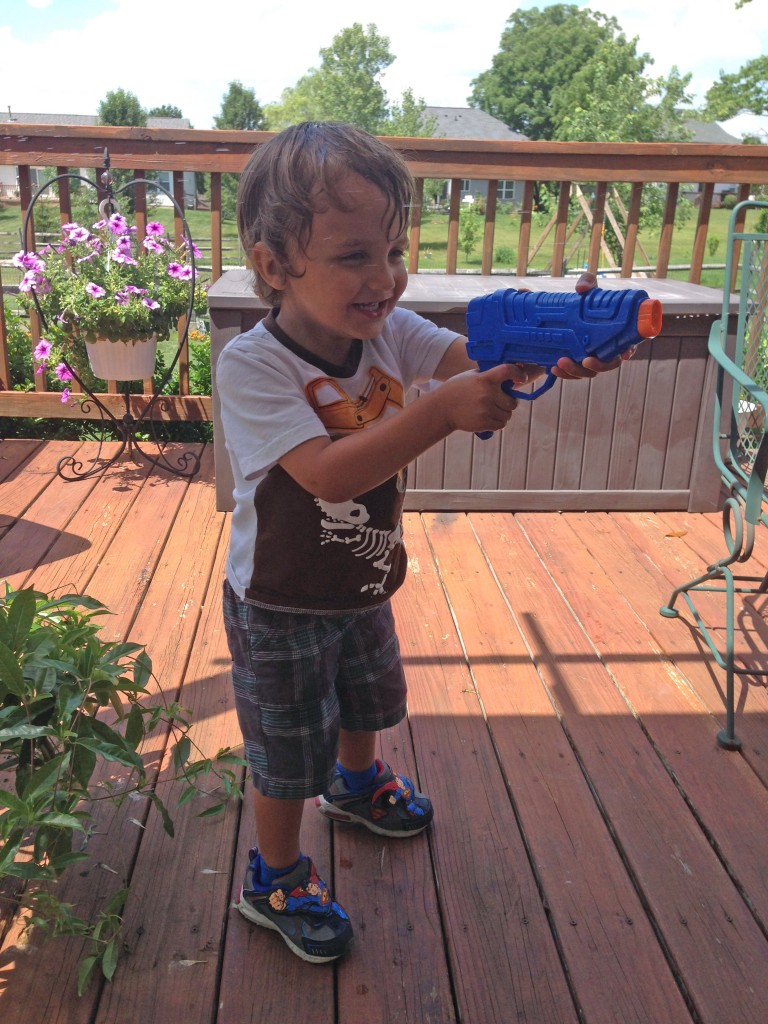 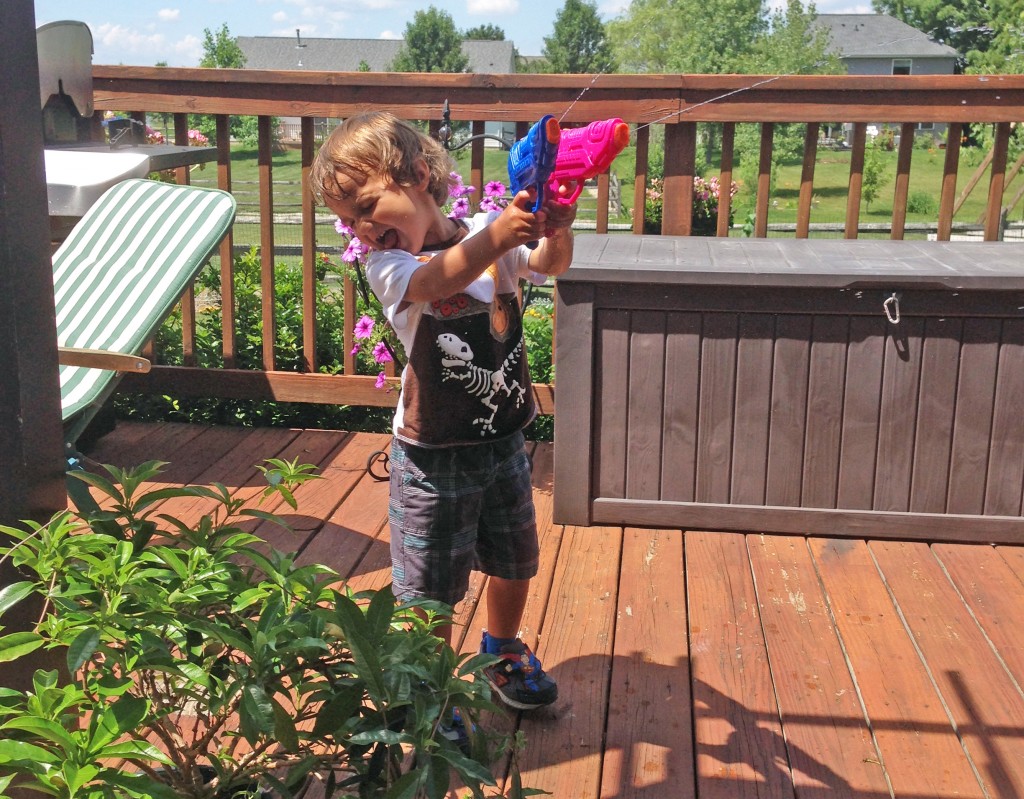 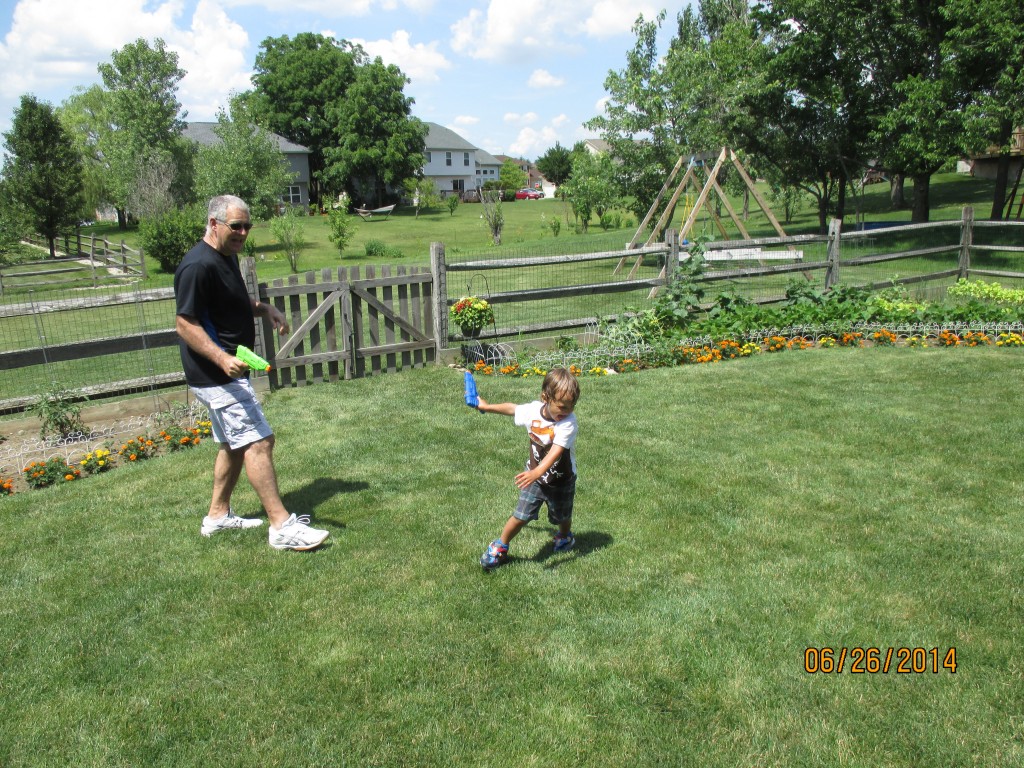 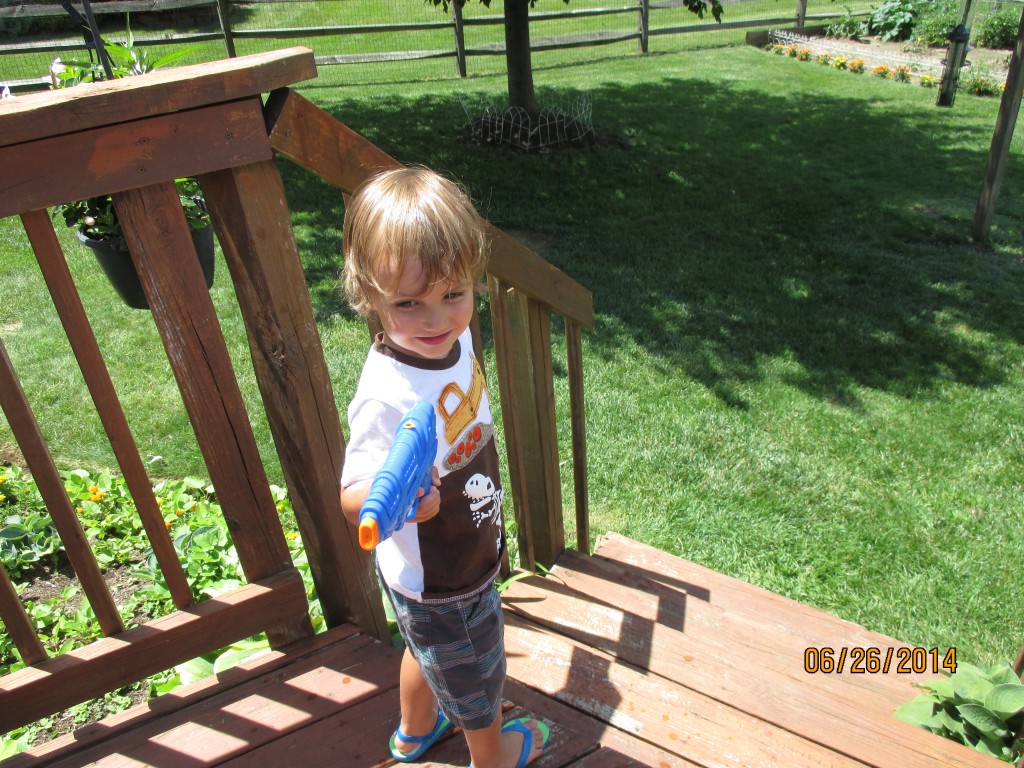 Meemaw brought Jameson home Friday evening, and Saturday she stayed with us to go to the farmers market and swimming lessons. We’ve had such a fun filled summer that Jameson asks nearly everyday if someone is “coming over”. He’s a lucky little boy to have so much family and friends surrounding him.

Now, maybe next year, we can arrange to make this a longer visit and trade off another kid too!? Haha!