That past couple years, our neighbors have had one big birthday party for both their kids who were born in August. Last year, they hired a balloon man. This year, they one upped him by hiring a clown who was also a magician and balloon man!

Last year, Jameson hung back quietly. This year it did not take him long to get into the fun. He even volunteered himself! His squeals of delight were so fun to hear. Even Coraline sat still on my lap for nearly a half an hour watching him.

Jameson got to keep a hippo after the trick he volunteered for. He was so excited! All the kids got little stuffed animals then, which was super cute. After the magic show, he did balloons and Brian occupied some kiddos while they waited their turns with a handle held air pump. 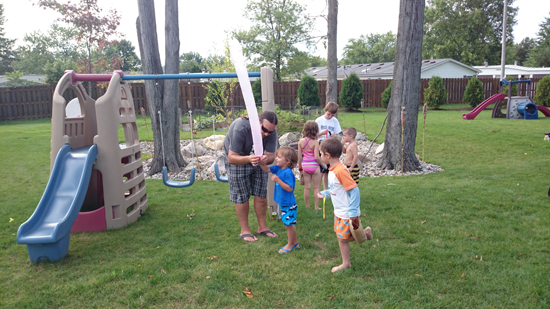 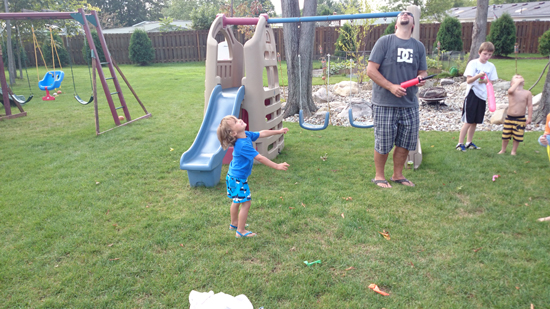 Jameson requested an alien, and we were pretty fascinated with the balloon within a balloon. 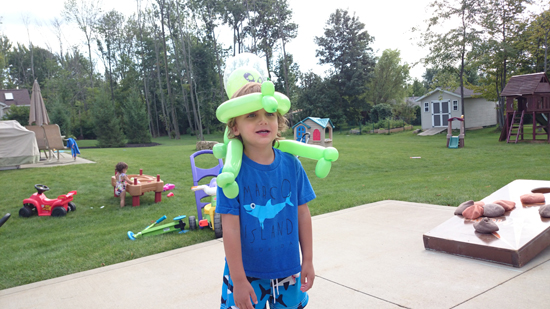 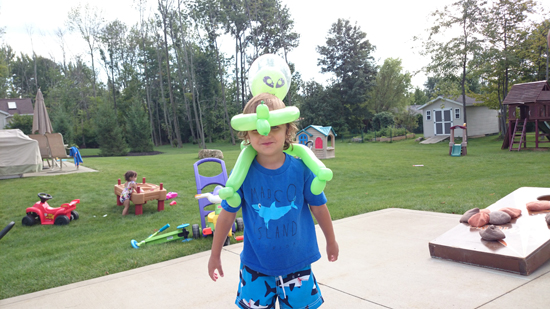 So for their birthday, we decided to get a gift that was outdoors, since Kelly mentioned they have a lot of toys and clothes already. (Also, a bonus in that my kiddos would be able to play with it too). We got them a combined gift of the Classic Alligator Teeter Totter, and it came in this enormous box that I loved watching the kids speculate what it was. Big boxes are always exciting! 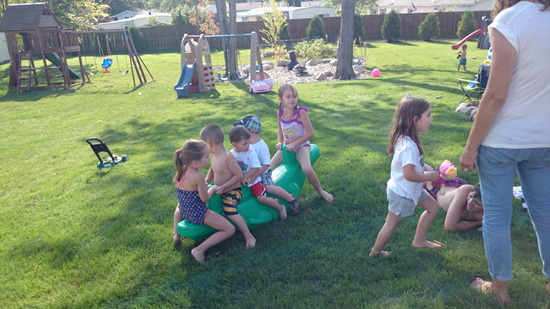 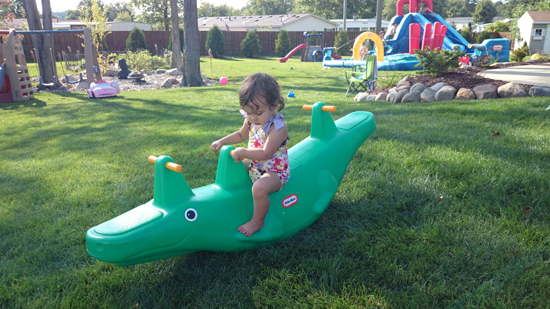 Oh, and we also had the water bouncer out! It was a kid’s dream party, I believe. Then time for cake! Coraline enjoyed eating her cake so much that she licked the plate, cracking us all up. 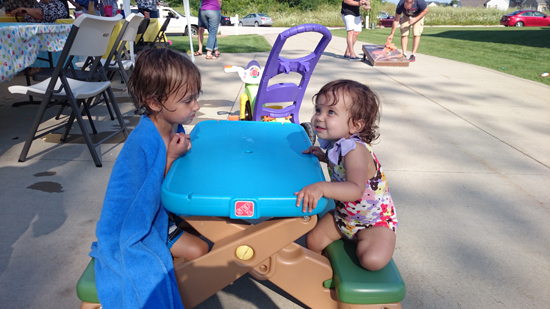 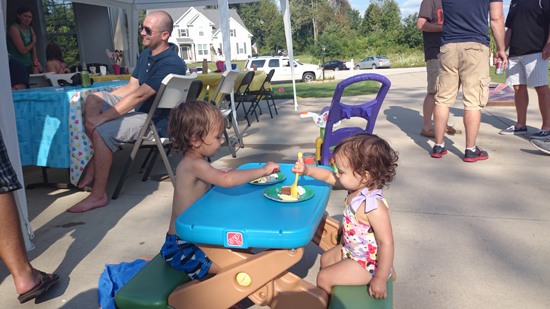 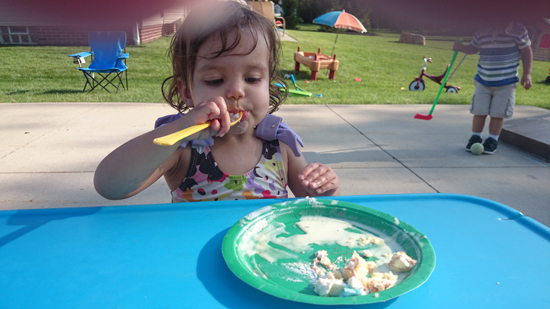 I think the birthday kiddos had a lot of fun; I know mine did too!