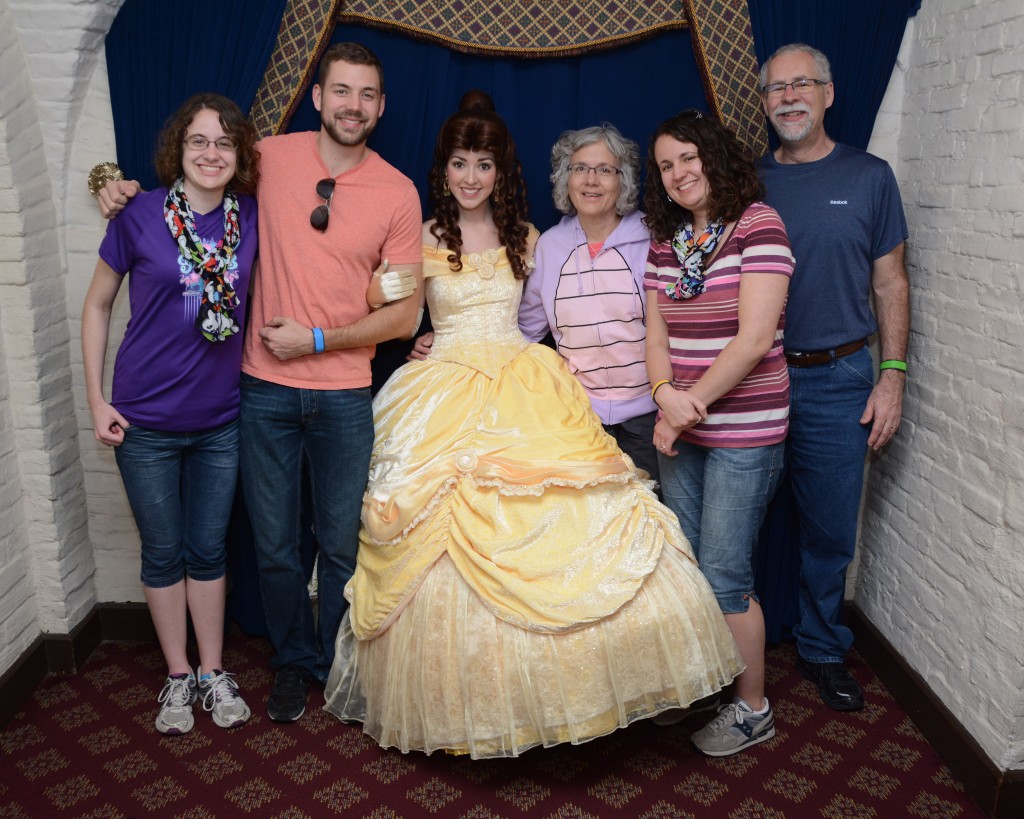 About a year and a half ago, I started running (jogging). I started out with a friend’s encouragement on the Couch to 5K app. My friend Lauren had already done it before, and was a pretty regular runner who had taken a little break, so she acted as coach and motivator and did it again with me. It took us about 4 months, but I was running a 5K, without stopping.

I did a couple races. The Color Run, which really was fun but not really a race. I tried to do a biathalon, but I biked too hard to run properly so that wasn’t a great race. Then I started training with Lauren while she was getting ready to run a longer race last fall, and I started running up to 60 minutes straight, and then 6 miles, and then, last September actually a 9 mile run.

It was especially exciting because I was confident that I could run an official 10K (6.2 miles) in Disney in February with my family. Of course, then winter happened. Luckily, a treadmill kept me almost in shape, and I could run 3-4 miles on it.

Before the run on Saturday, we spent some time at Universal Studios, since we were kid-less. Brian stayed home, and I went with my parents and siblings. It was really very cold (especially for those of us who packed for 60-70 degree weather instead of 40 degree weather) My favorite part was Harry Potter world that day, of course. Tyler and I went back then on Monday after everyone else flew out, and I got some photos with super heroes for Jameson, and that was a pretty fun experience, complete with slipping and falling trying to run to be first in line for Captain America, ha! Saturday morning we were up and ready bright and early, like 3 AM, for the Disney Princess Run. I made tutus for my sister and mom, with glitter and all. We stopped the night before for gloves, having realized that it was too cold to stand for a couple hours without any! But when it was time to run, it wasn’t nearly as bad as we thought it was going to be. The weather for running was really perfect. I was so happy with my run. Despite not having run more than 4 miles since the fall, I ran the full length of the 10K without stopping (no, not even for characters! we were hardcore!). My siblings were very kind, and ran with me despite my slowness for the entire race. Tyler ran ahead and got photos of my running my first race. My favorite is the shot by the Epcot ball. It was so pleasant to run as the sun was rising in Disney. 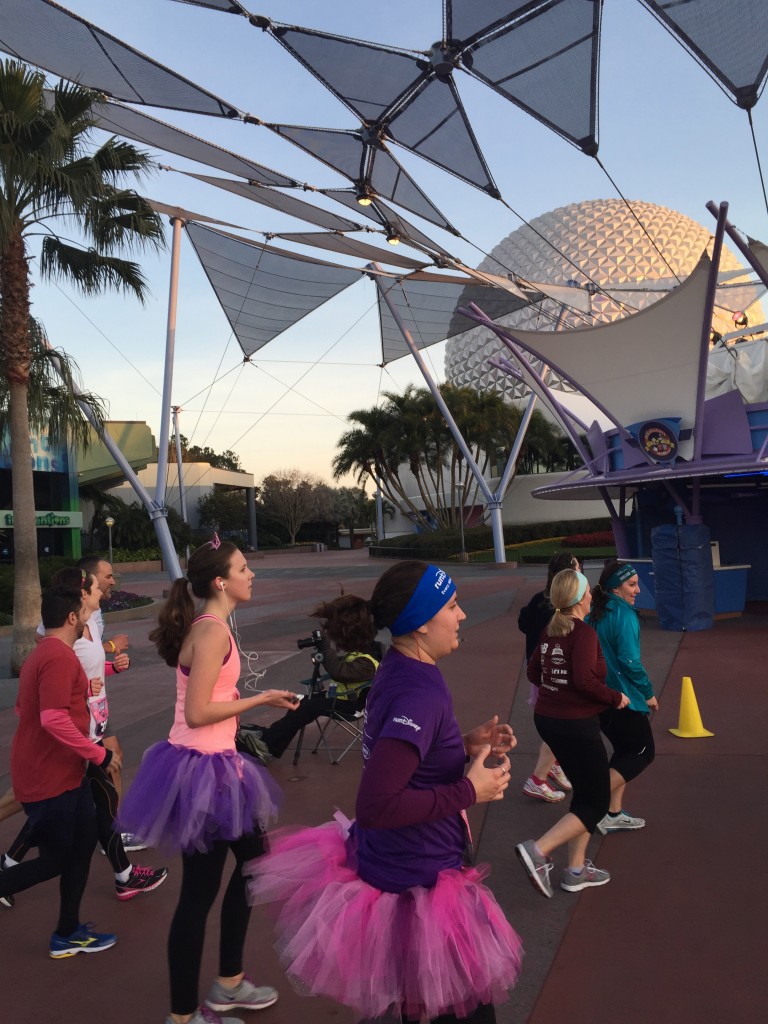 After the race, we went back, showered and refreshed, to Epcot later that day and ate with the princesses at Askerhaus that evening. The only request Jameson made of my whole trip was to bring back another Duffy, so we got him at Epcot, and he enjoyed the day with us. 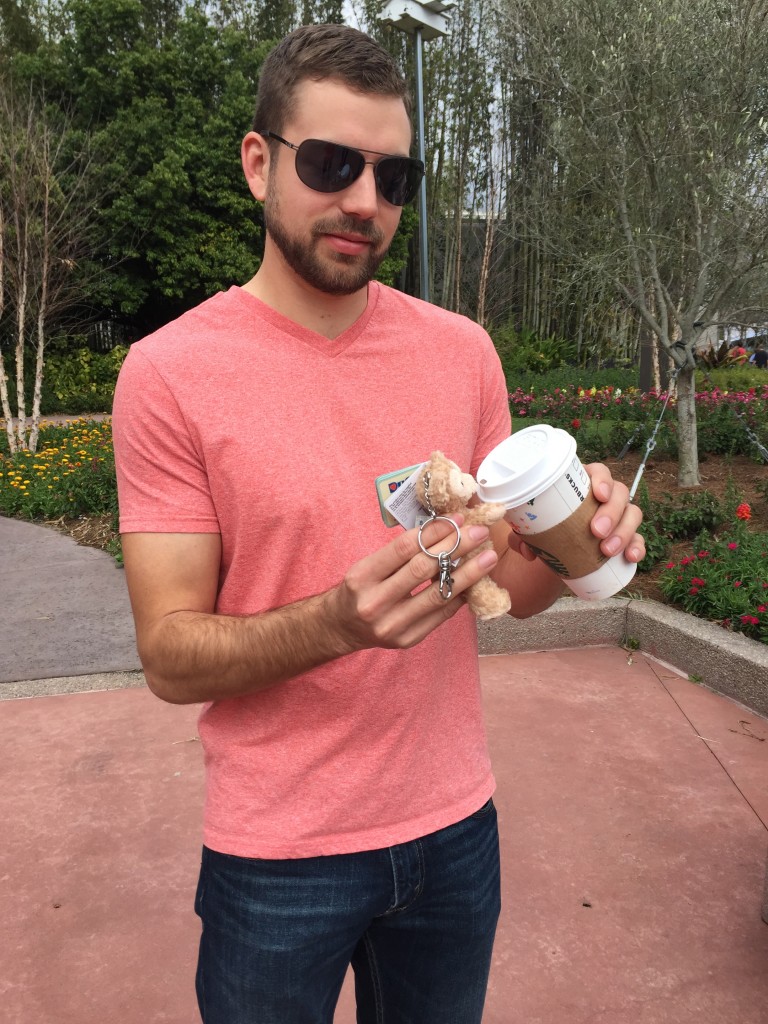 The next morning, we had our last character dining experience with the classic gang at Chef Mickey’s, where I enjoyed the Mickey waffles, of course. We took photos with all the characters for Jameson to see! Another highlight of the trip was getting to meet Tyler’s girlfriend. Since he lives so far away, sometimes his life is a bit of a mystery! All in all, it was such a wonderful, short getaway. It certainly wasn’t relaxing, but I felt really reenergized by it, as did the rest of my family since we all decided to sign up for the Disney Wine and Dine Half Marathon in November!