We celebrated with our usual family friends, and spent the night there again this year. It was a blast! We’ve been over a couple times since, and Coraline keeps asking about sleeping over. It was a huge success to have her sleeping in a sleeping bag, albeit on a cot.

Instead of Christmas gifts, we exchanged books this year. Coraline was in love with her Daniel Tiger Nutcracker book, and it was perfect because she has started ballet at school, now that she is in a preschool room. Jameson is still in to paper airplanes and tried showing Jonathan how to fold them. 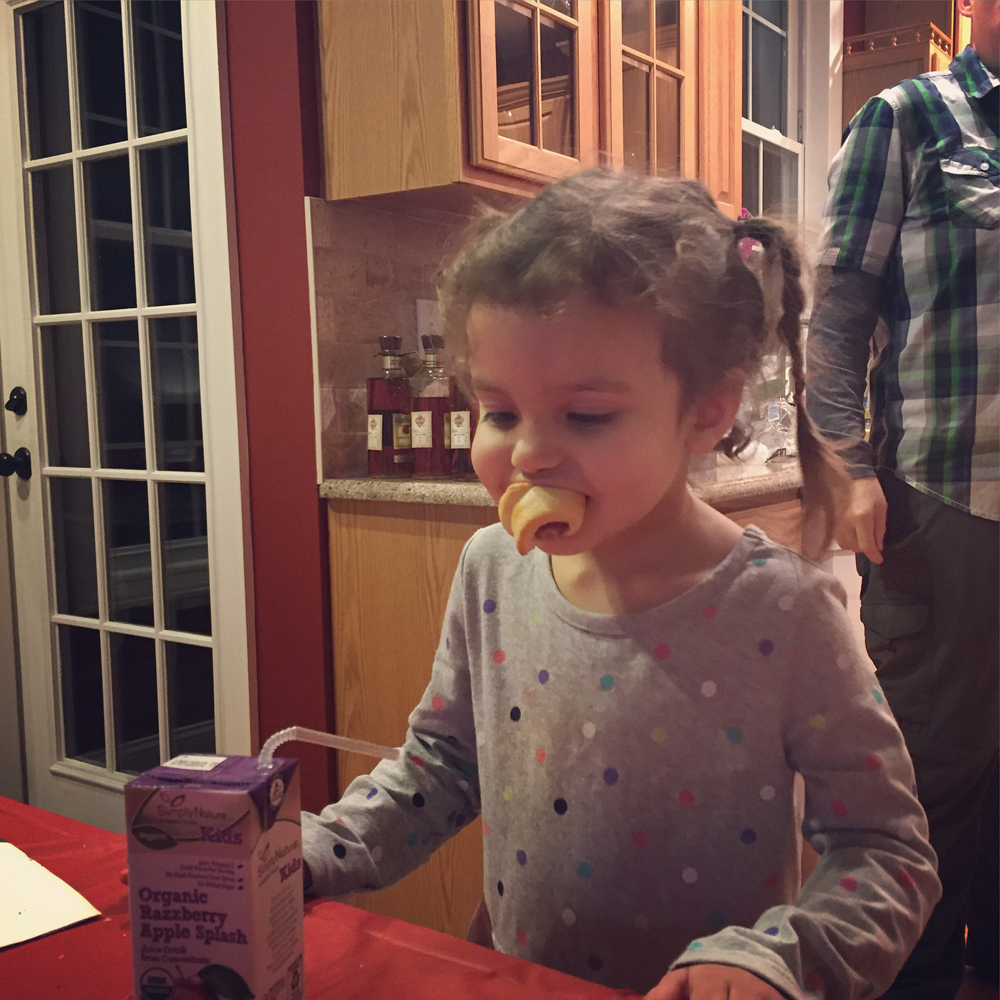 We tried to get photos of the kids in front of the tree, but you can guess how this ended: Lisa got a selfie stick so we did take some photos including us adults, and the boys tried it out too. 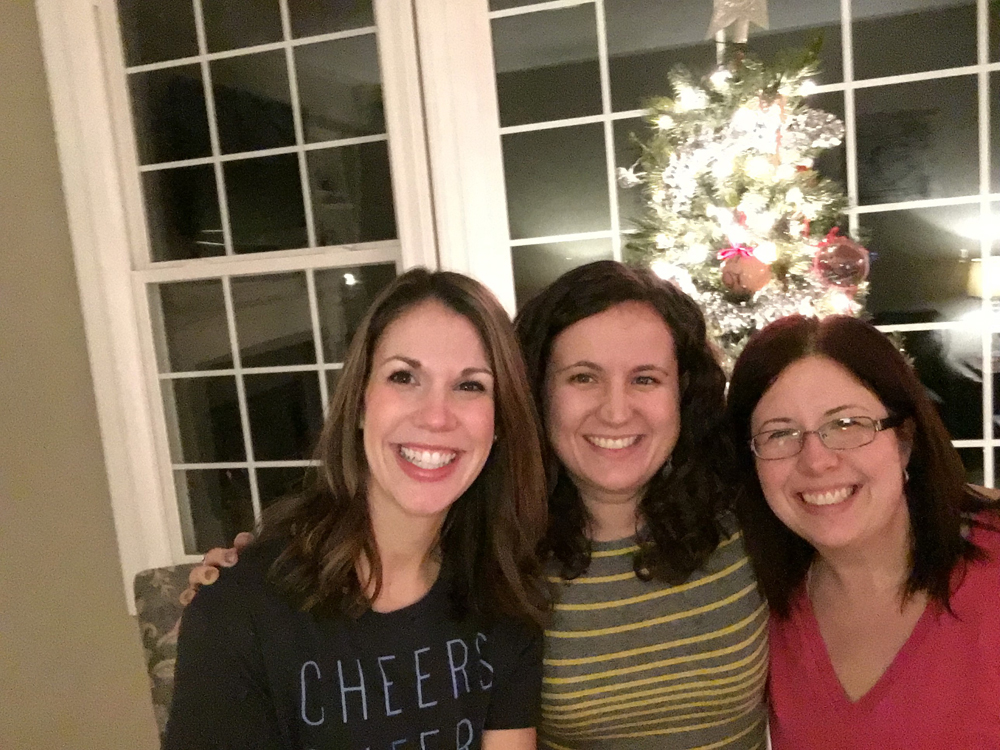 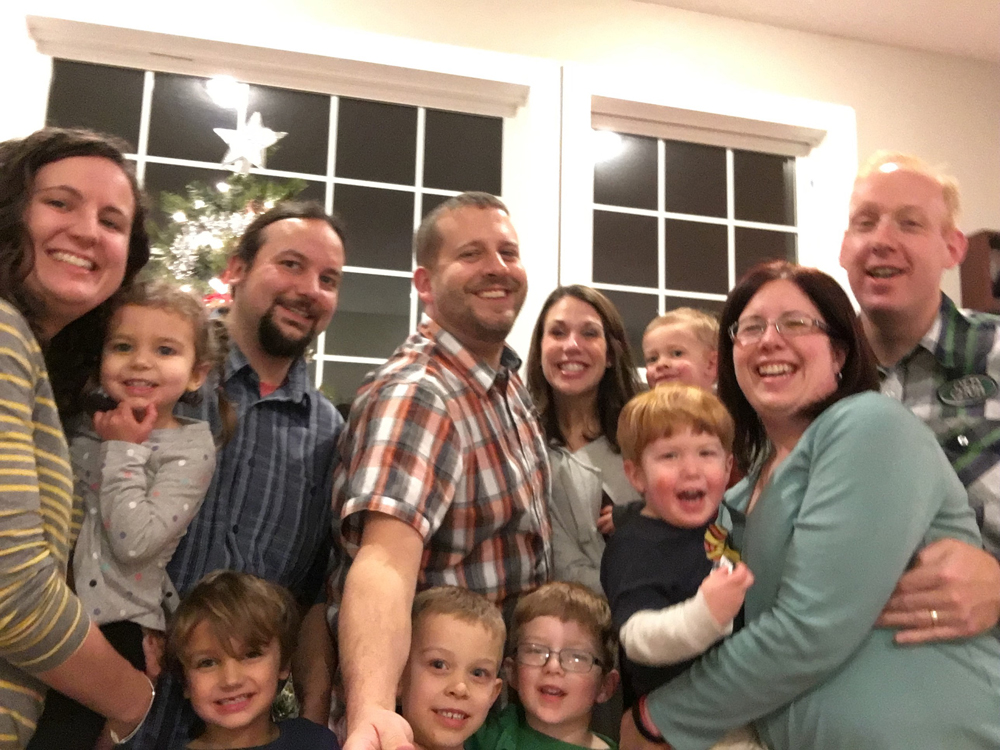 The kids rang in the New Year with noiseless party favors, and watched a countdown with the Care Bears. We don’t have the kids stay up til midnight with us yet. Someday soon I’m sure they’ll catch on. The boys all slept in Jonathan’s room, while Coraline slept with Brian and I. I think she was a bit jealous because she insisted on coming back out of her room just to hear the bedtime story. She didn’t really understand why she couldn’t sleep in there but she was amiable enough since she was so tired, I’m sure. Meanwhile, the adults rang in the new year with a game of Cards Against Humanity. It was a good night!