Jameson at 16 months is, in a word, awesome. 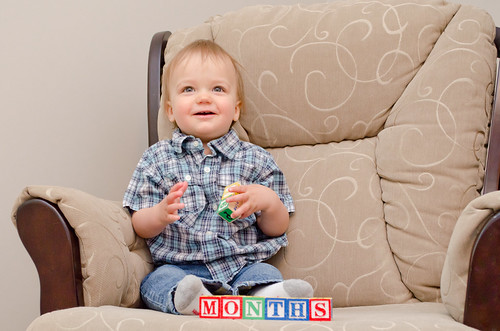 We are all done with the pacifiers, but still using bottles (perhaps we will try to discontinue that this weekend?). He is taking better naps without the pacifier now, but if there is something exciting going on, or his nap is interrupted, then we give up for the day.

He eats well at daycare most days, but usually eats very little for dinner. On his 16 month birthday, the daycare started training him to sleep on a cot, which he is doing exceptionally well with for the two days it’s been so far. 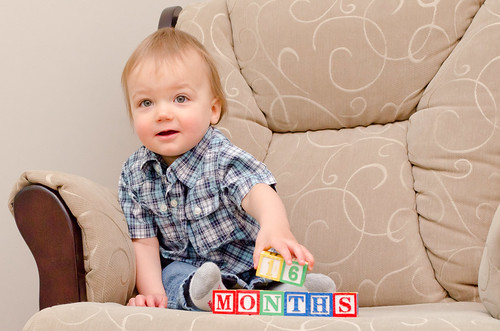 Jameson loves it when we change him and exclaim “ewwwwwww!” (We really add a lot of sound effects to things in our household.)

Brian taught him where his nose is, so when we ask “Where’s your nose?” (and he’s paying attention), he’ll point to it. Brian’s now working on eyes, ears and mouth.

Sometimes when he does something successful, like stacking a few cups in a row, he will clap for himself in excitement. 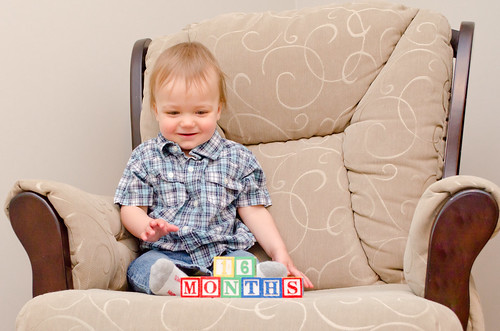 He has most of his teeth now, and is just missing his canines. His top canines are making their way down and are almost broken through.

Jameson recently had what seemed to be his first real night terror, screaming at the top of his lungs at 3 am. We ran to his room and comforted him, but he didn’t fall back asleep while rocking for 15-20 minutes, so I put him back in his crib where he cried himself to sleep after just a few minutes. 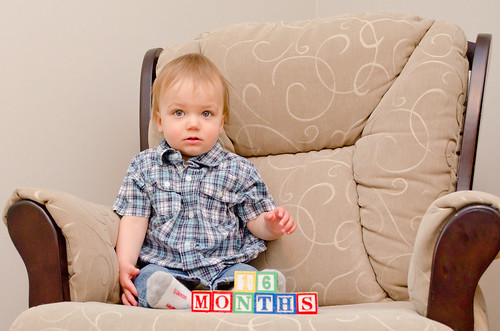 This month, he started saying more words (particularly the fun ones). He says mama (usually only when he wants something), dada, daw (dog), daha (sasha), and yucky. Yes, yucky. Last night he tried to say dirty (dehty). Those “y” words must be fun to say.

He is still signing “more” and “all done”, but has started using them for more than just meal times. He will use it at bath time, while being changed, and reading. He has also done “sleep”, and Jameson loves books right now and has signed while we read his new puppy book. 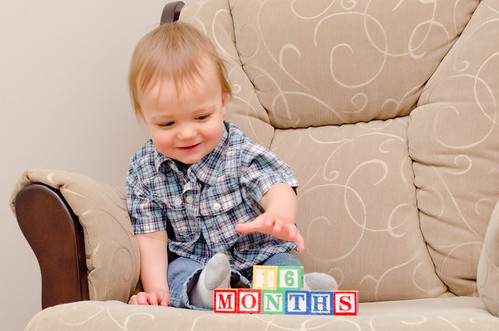 He may need a real hair cut soon, those side hairs are getting out of control.

A Little Bit of Love