Jameson sang in his very concert, a preschool concert put on by his daycare, on my birthday!

We had some drama getting his “buttons” on (shirt with buttons are just called buttons, and a terrible trial to get him in) and his jeans. He only ever wants to wear swishy pants and his motorcycle shirt or his caped Batman and Superman shirts.

Thankfully, with a little bribery, we were able to get him in his dress clothes and to the school on time. He was excited that his concert was at a big kid school, and thankfully his best bud Nathan was already there, so getting him to sit with his friends and leave wasn’t a big deal.

I didn’t take any photos, just video, but here’s a photo from Nathan’s dad. Jameson is circled, he’s next to the kid with the adorable tie. 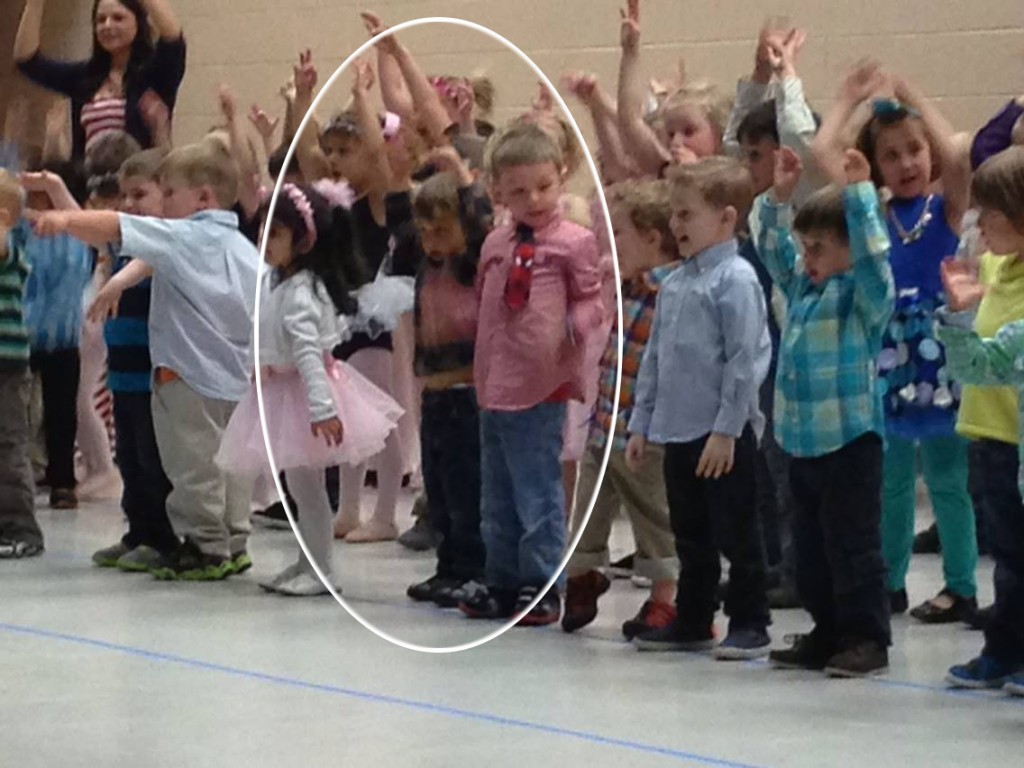 And the adorable video! We got some great close ups with him around 9:45 minutes. Jameson was so serious about singing, but I know he had fun. I’m so glad he participated; I was a little worried we’d only get to see his shy face.

After the show, the school at cookies and lemonade and punch for the kids. Jameson and Nathan hung out. Coraline was so great during the show, she was happy munching on her snack and playing with Nathan’s mom’s hair and sweater in front of her. Even though it was an hour and a half past her bedtime before we were home and sleeping, you would have never known it. Before bed, Brian played a recording of his performance on his phone, and Jameson wanted to sing along. So I got a solo birthday performance from Jameson at home too! A wonderful birthday gift for me.